A little over a year ago, liturgical scholar Denis McNamara was standing near a construction site on busy State Street in downtown Madison, WI, watching a team of Italian craftsmen on scaffolding install a gigantic mosaic, its gold shimmering in the afternoon light. It, and the new building it adorned, had already begun to cause a stir in the college town. Some new students assumed the neo-Romanesque structure had always been there. One wag on Twitter dubbed it “Loveseat Jesus” in reference to its two gigantic figures of Christ and Mary seated together on a throne, patterned after the apse mosaic at Santa Maria Maggiore in Rome, which depicts the Coronation of the Virgin in Heaven.

A passer-by approached Professor McNamara and asked him what it was. He explained it was the new St. Paul’s University Catholic Center, the student parish for University of Wisconsin-Madison. “Hmm,” said the man, pausing. “Maybe I’ll go back to church.”

The mosaic and the new Italo-Byzantine-style student center, a stately composition in striped red brick and white cast stone, are the newest incarnation of the oldest Catholic campus ministry in the United States. It replaces a monotone 1968 structure in the Brutalist manner, itself an expansion and renovation of the first Gothic church built on the site in 1909. A few remnants of the original building remained embedded in the later structure, but only as architectural ghosts. In one form or another, Catholics have ministered to students at the university since Thanksgiving Day, 1883, often meeting in private homes. St. Paul’s became the first Catholic chapel at a secular university in the United States and gave birth to what would grow into the worldwide Newman movement, which through the establishment of Newman Centers was designed to serve Catholics on secular college campuses. Ever Ancient, Ever New

While located in the pedestrian heart of downtown Madison, on the threshold of campus, the existing facility was a crazy-quilt of construction methods and historical periods. The concrete hulk of the church featured a gloomy, ill-lit interior and a somewhat idiosyncratic antiphonal seating arrangement. The student center proper was a Victorian house hiding behind a neo-Gothic screen, a warren of stairs and pokey meeting rooms. Everything seemed to be on a split level. Yet students kept coming. Finally, after nearly a decade of planning and design, the outdated, aging buildings were demolished. The new St. Paul’s is a six-story facility centered on a new chapel, student center, dining, classrooms/lecture rooms, and living quarters for students. Father Eric Nielsen, the center’s pastor and executive director, wanted a building that was “first inviting to students, and second that there is most likely a Catholic church inside of it,” in contrast with the previous structure, which featured a conspicuously bare façade.

The new face of the Center is the result of a close collaboration between the present writers Randall Milbrath, firm senior partner for the project’s lead architect, RDG Planning & Design, and liturgical design consultant Matthew Alderman of Matthew Alderman Studios. Alderman provided design concepts for the overall exterior, the chapel, and the chapel’s liturgical furnishings. The exterior mosaic was designed by Irish artist Donal McManus, and the interior chapel development was executed by EverGreene Architectural Arts (Emily Sottile) and Wood Specialties (David Fitzpatrick) and constructed by the capable hands of CG Schmidt Construction led by Eric Schmidt.

St. Paul’s is sited on a prominent but constricted urban lot on the pedestrian portion of State Street, Madison’s liveliest student thoroughfare. The architects looked to both ecclesiastical structures and academic buildings of higher learning from the Romanesque revival of the first quarter of the 20th century. The new building expresses these precedents in an architectural “new traditionalism” combining ancient Catholic forms with a modern energy, serving as a potent outward manifestation of the Catholic faith’s roots.

The building’s ground floor holds the student center and study areas, with the chapel on the second and third floor, and student living, offices, dining and lecture halls are located on the floor above that. The whole complex rises up to an octagonal cupola inspired by examples in Rome, Florence, and Ravenna. Due to the tight urban street front, the building is encountered from a variety of angles, both as a whole and in individual vignettes.

The experience of it at street level in front, with the prominent mosaic and arcaded pediment above, is wholly different from the initial glimpse of its copper spire. The new church is packed with student Masses every Sunday, and young men and women often slip in during the day at quiet moments for prayer and meditation.

“The students have been very receptive to the building,” Father Nielsen said. “They find it very warm and inviting. Student engagement is much higher now than in the past because of [its] attractiveness,”

At the Center’s heart, both in spirit and in structure, lies the chapel, colorful, iconographically expressive, and luminously lit. The Italo-Byzantine style of the exterior had already been decided early in the design of the building, and blended well with Father Nielsen’s growing immersion in the world of ancient Christianity as a result of teaching a special summer school for seminarians in Italy called The Rome Experience. Matthew Alderman from the design team was able to join him during his time in Rome and document and measure the 7th-century basilica of Sant’ Agnese Fuori le Mura, the proportions and size of which proved to match almost exactly the space available for the new chapel. The colonnade and flat-coffered ceiling of St. Agnes served as potent inspirations. Pre-existing structural requirements meant that every third column had to be replaced with a larger pier, but this added a welcome degree of syncopation to the design.

The new church is inspired by Roman originals, but it is anything but a copy and includes its own unique iconographic scheme celebrating both the life of Christ and St. Paul alternately in a series of bas-reliefs running along the upper nave, and the images of youthful saints in mosaic rondels just above the aisle capitals. The apse is ornamented with an interlacing pattern of books and swords, representing St. Paul, and peacocks drinking from a chalice, an ancient Christian symbol of immortality. The unusual superimposition of classical orders on the gallery spaces suggest a narrative of wisdom and age (represented by the more ancient Ionic order) watching over youthful exuberance (represented by the Corinthian order, which is more recent relative to the Ionic). The blend of styles also playfully acknowledges that Early Christian architecture was seldom systematic in its use of classical elements.

The remainder of the structure is full of similar thoughtful touches. Many hands contributed to the completion of this great structure and produced a harmonious whole that is now becoming a much-loved home for the Catholic students of UW-Madison and a beacon to the surrounding community. Randall Milbrath noted that a guiding principle for the team was found in Proverbs 15:22, “Without counsel, plans go wrong, but with many advisors they succeed.”

Like student life itself, the long road to completing St. Paul’s had both its light moments and its struggles. Finally, in November 2017, the chapel was dedicated by the late Bishop Robert C. Morlino, who had been particularly supportive of the Center’s construction. Remembering that support, Randall said, “For me, St. Paul University Catholic Center is a place that truly engages in the debate of faith and reason. Sharing the Catholic perspective with the surrounding university community in a winsome manner that is all too often missing today. It inspired all of us throughout this project.”

As night falls on State St. in Madison, the mosaic of the Coronation of Mary still glimmers, floodlit from below. From this perspective, any passing student can glimpse the inscription from Matthew 11:18 etched above the Center’s portals: “Come to Me, all you who labor and are burdened, and I will give you rest.” The light shines in the darkness, and the darkness has not overcome it. A Play on Words: The Intersection of Poetry and Liturgy in the Works of Les Murray 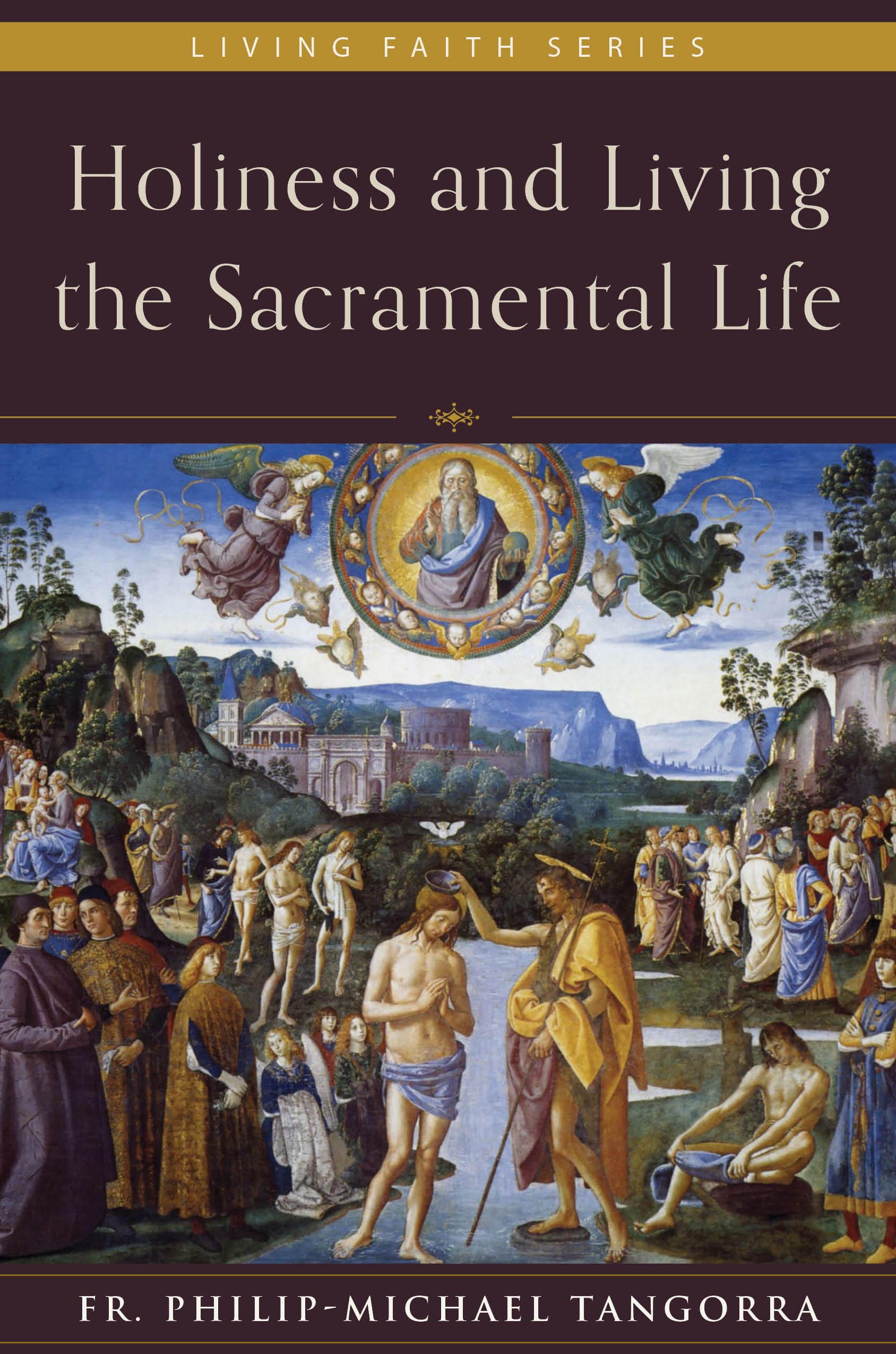