Pope Francis has issued a decree confirming that the Priestly Fraternity of St. Peter (FSSP) can continue to use the liturgical books in force in 1962, according to the traditionalist group.

In a communique published February 21, the FSSP said that Pope Francis met with two members of the priestly fraternity for nearly an hour, a week before he promulgated the decree.

“In the course of the audience, the pope made it clear that institutes such as the Fraternity of St. Peter are not affected by the general provisions of the motu proprio Traditionis custodes, since the use of the ancient liturgical books was at the origin of their existence and is provided for in their constitutions,” it said.

The FSSP is a canonically approved community of priests dedicated to the “formation and sanctification of priests in the cadre of the traditional liturgy” and the care of souls and pastoral activities in the service of the Church.

The group has more than 50 personal parishes in North America and is active in 39 dioceses across the United States. It also has 85 apostolates in France and Belgium and 79 apostolates in Germany, Austria, and Switzerland.

Writing on his Twitter account on February 21, Bishop Thomas Tobin of Providence, Rhode Island, described the development as “very good and welcome news for the FSSP everywhere.”

The decree gives the FSSP full permission to offer the Traditional Latin Mass, carry out the sacraments, and fulfill the Divine Office, according to the Missal, the Ritual, the Pontifical and the Roman Breviary that were used in 1962.

This faculty is limited to the FSSP’s own churches and oratories, unless there is consent from the local Ordinary, with the exception of private Masses.

The decree added: “Without prejudice to what has been said above, the Holy Father suggests that, as far as possible, the provisions of the motu proprio Traditionis custodes be taken into account as well.”

The FSSP said that Pope Francis signed the decree, issued in Spanish and Latin, on February 11, the feast of Our Lady of Lourdes and the date that the group was solemnly consecrated to the Immaculate Heart of Mary.

The Holy See press office had not responded at the time of publication to a request from CNA to confirm the text of the decree.

According to the group, the pope received Father Benoît Paul-Joseph, the superior of the FSSP district of France, and Father Vincent Ribeton, the rector of St. Peter’s Seminary in Wigratzbad, Germany, in private audience on February 4.

“During the very cordial meeting, they recalled the origins of the fraternity in 1988, the pope expressed that he was very impressed by the approach taken by its founders, their desire to remain faithful to the Roman Pontiff and their trust in the Church. He said that this gesture should be ‘preserved, protected and encouraged,’” the FSSP said.

The meeting took place more than six months after Pope Francis issued Traditionis custodes (“Guardians of the tradition”), a motu proprio that restricted the use of the Traditional Latin Mass and prohibited it from being celebrated in parish churches without the permission of the local bishop.

The priestly fraternity said in July 2021 that it was surprised and deeply saddened by the reasons given for limiting the use of the Missal of Pope St. John XXIII.

“How can we fail to notice, moreover, that the communities of the faithful attached to it are often young and flourishing, and that many Christian households, priests or religious vocations have come from it?” it asked.

The FSSP was founded by 12 priests who were formerly members of the Society of St. Pius X (SSPX), a group that has a canonically irregular status.

The FSSP’s constitutions reference the teachings of the Second Vatican Council, and the fraternity says that it “has always sought to be in accord with what Pope Emeritus Benedict XVI called in 2005: ‘the hermeneutic of reform in the continuity of the Church.’”

“Grateful to the Holy Father, the members of the Fraternity of St. Peter are in thanksgiving for this confirmation of their mission,” the FSSP said on February 21.

“They invite all the faithful who feel close to them as a spiritual family to attend or join them in prayer at the Mass tomorrow, on the feast of the Chair of St. Peter, and to pray for the Supreme Pontiff.” 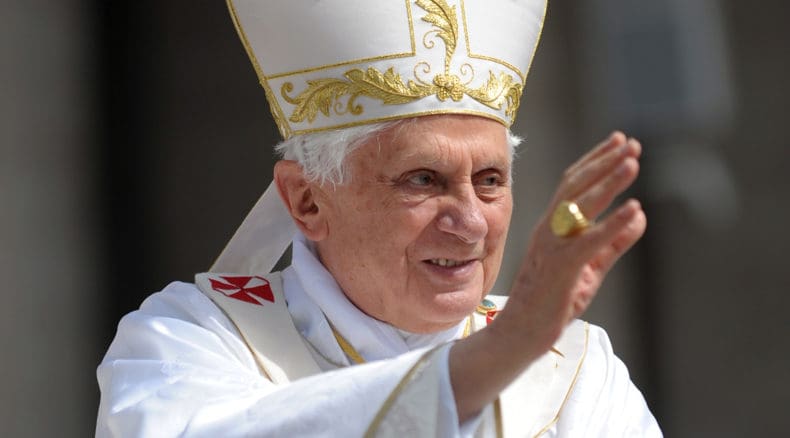