On April 27, 2014, Divine Mercy Sunday, under an overcast sky and before 24 heads of state, 150 cardinals, and 1,000 bishops, Pope Francis declared, “For the honor of the Blessed Trinity, the exaltation of the Catholic Faith, and the increase of the Christian life, by the authority of Our Lord Jesus Christ, and of the Holy Apostles Peter and Paul, and our own” that his predecessor John Paul II be numbered among the saints of the Church. During the homily for the Mass of Canonization, Pope Francis recalled that Pope John Paul II had said that he wanted to be remembered as the Pope of the Family. In fulfillment of that desire, the Holy Father indeed referred to his predecessor as the Pope of the Family and stated that it is “the saints who give direction and growth to the Church.”

One could hardly argue that claim in regard to Pope John Paul II. His more than 26 years as Supreme Pontiff left absolutely no aspect of the Church unaffected. He wrote 14 encyclicals, visited 129 countries, oversaw the writing of the Catechism of the Catholic Church, the new Code of Canon Law, and the third typical edition of the Roman Missal, to name only a few things. Yet, Pope John Paul’s most cherished project was the family, and marriage which it is founded upon (Evangelium Vitae, 92). No other person since St. Augustine of Hippo in the fourth and fifth centuries contributed more to the theological and pastoral understanding of the sacrament of marriage. The development of this theology was such a high priority for him that he chose as his first major teaching project as Pope a series of 129 Wednesday audiences which came to be known as the “Theology of the Body.” In addition to other teaching documents on marriage and the family, such as Familiaris Consortio, Mulieris Dignitatem, and the Letter to Families, the teaching of the Theology of the Body stands out because it developed the understanding of the person as ontologically relational, and thus ontologically a gift. John Paul II saw the fullest realization of man being made as the Imago Dei in the communion of persons, most fully realized in marriage and the family.

Such a foundational development in the theology of the person and marriage, which takes its starting point as the communion of persons rather than exclusively focusing on the rational soul as Augustine and Aquinas did, is a project the Church is still contemplating and meditating on. St. John Paul II’s teaching on the person, marriage, and the family is a lens through which a comprehensive theology of marriage must be viewed. Yet, that work had yet to be attempted until, that is, Dr. Perry Cahall wrote his textbook, The Mystery of Marriage: A Theology of the Body and the Sacrament.

In this substantial volume, Cahall attempts, as he states in his introduction, to give “a comprehensive Catholic theology of marriage…that incorporates biblical, historical, and systematic perspectives” (p. xvi). He goes on to explain that his project isn’t merely a comprehensive collection of previous scholarship on marriage, which alone would be a one-of-a-kind resource, but, additionally, he states that his project is to present this comprehensive theology of marriage while demonstrating what the implications of St. John Paul II’s Theology of the Body have had on that theology.

Finally, while presenting a comprehensive study of the theology of marriage in a textbook, Cahall aims to present this material in an accessible manner so that it can be used by those who may not necessarily have any background knowledge of the Catholic view of marriage. His stated audiences range from undergrads, to seminaries, deacons in formation, and those preparing to work in the field of marriage preparation. I must admit, as someone who has spent a couple decades in the field of the Church’s theology of marriage and family, reading his stated goals in the introduction made me raise an eyebrow. Not only did Cahall want to write a comprehensive survey of the theology of marriage, but he wished to do so through the work of St. John Paul’s Theology of the Body, a dense and complex philosophical project which the best minds are still digesting. In addition, as someone who studied this theology at the graduate level, I was interested to see how well he could accomplish this goal of writing for someone who may not be familiar with Catholic theology at all. As I write these words, I’m still amazed at what he has been able to accomplish.

A Mystery in Six Parts

In The Mystery of Marriage, Cahall divides his text into six major sections. Part One sets the stage for the rest of the text by reviewing the Catholic sense of mystery as “a glorious reality about which we can know something, but it is a reality so rich and deep that regardless of how much we understand there is still more to learn” (p.2). He also introduces in greater depth what the Theology of the Body is and, to my great pleasure, he sees in St. John Paul’s project more than merely a theology of sex; rather, he perceives that “the importance of the Theology of the Body lies in the fact that it is about what it means to be and act as a human person…‘the rediscovery of the meaning of the whole of existence, of the meaning of life’” (p.11).

In Part Two, Dr. Cahall systematically summarizes the theology of marriage. In many ways, I consider this to be the most impressive part of the book. It is a beautifully written exposition on the thought of St. John Paul II’s theology. And it is such an easily understandable presentation! Cahall draws together the Theology of the Body, Familiaris Consortio, the Letter to Families, Mulieris Dignitatem, and the Catechism of the Catholic Church—not to mention the Second Vatican Council, the Code of Canon Law, and the writings of Popes Benedict XVI, and Pius XI. This is where I believe his goal of presenting the Theology of the Body at an accessible level is achieved most fully. It truly takes a comprehensive understanding of a subject to be able to present it so succinctly and at such an accessible level.

In Parts Three and Four we receive a survey of the development of the Church’s understanding of marriage in scripture and then in the history of the Church. Cahall describes how in many ways the Old Testament as a whole could be described as a development of God’s people’s understanding of marriage. Marriage is certainly a central theme of the Old Testament as it features prominently in the stories of the patriarchs of Genesis, the legal texts that develop the understanding of adultery and the role faithfulness plays in a marriage, and the Wisdom and Prophetic literature that develops Israel’s perception of her relationship with God as analogous to a marriage in which God wishes to marry the people. Throughout this study of the Old Testament, Cahall leans on the Theology of the Body and continues to quote the Pope John Paul II’s text extensively.

Part Five draws together everything treated above on marriage and offers a systematic presentation of the theology of marriage as it stands today. Again, quotations from the Theology of the Body, the Catechism of the Catholic Church, and other foundational documents are included, but it is in Part Six, that we find particular value for the reader in the actual lived experience of married couples today.

In Part Six, Cahall presents some practical considerations for Living the Mystery of Marriage. The sections on sexual morality, responsible parenthood, and the relationship between marriage and continence for the sake of the kingdom are all valuable additions to the text. However, the section I truly found value in was defining the key elements of married spirituality.

In developing his presentation on a married spirituality, Cahall begins by reflecting on a document from the Pontifical Council on the Family, which in 2004 identified “tenderness as the soul of the sacrament of marriage” (p.344). Cahall takes this insight and develops a spirituality which expresses this idea of tenderness in five key ways: reverencing, sacrificing, suffering, repairing, and resurrection.

This is easily one of the most beautiful parts of the entire text and would justify a review and reflection all its own, but evidence of what can be found in the whole chapter can be discovered in a small section on the place of suffering in a spirituality of marriage. Cahall notes, “Selfishness in all of its forms is the enemy of love, and in the end it is selfishness, not one’s spouse, that causes the most suffering in marriage” (p. 356). The author proceeds to reflect on the crucified Lord as an icon of suffering in marriage: “If true love cannot be experienced without the suffering of the cross, spouses will do well to hang a crucifix prominently in their home, and to spend time together praying before it. In fact, some friends of mine have even suggested that spouses focus more precisely on the feet of the crucified Jesus. On the Cross we see in Jesus’ feet two members of his body bound by the nail of suffering” (p. 357).

The profound beauty of such a reflection is readily apparent, but this reflection provides such dignity to the process of suffering together through the trials of life, rather than suffering alone. (Indeed, sharing in the travails of life will always provide an additional dimension to suffering.) Cahall offers the Church a distinct contribution to a married spirituality and this work deserves further reflection and efforts at implementation in parishes.

While Dr. Cahall offers some brief reflections on the administration of the sacrament (p. 297-300), I would have greatly appreciated a deeper study of the signs and symbols of the nuptial liturgy itself as well as possibly a comparison between the way the Roman liturgy has developed regarding this sacrament and the Eastern Rites of the Catholic Church. Examining these would have certainly added to the text and would not have been outside the scope of Dr. Cahall’s stated project.

The eldest of the three children Our Lady appeared to in Fatima, Sister Lucia, famously prophesied that the “final battle between the Lord and the reign of Satan will be about marriage and the family. Don’t be afraid, because anyone who works for the sanctity of marriage and the family will always be fought and opposed in every way, because this is a decisive issue.”

There are many who are in the midst of that work—priests, deacons, and laity—and many more who are being trained to join in that work. They need high quality resources to continue in that mission and to receive the fruits of the theological reflection that St. John Paul II has left for the world. Dr. Perry Cahall has done a great service for the Church by providing her with a textbook which not only accomplishes the goal of supplying a comprehensive resource for study, but also weaves the teaching of St. John Paul II throughout so that his reflections become a seamless part of the Church’s treasury of teaching on this great sacrament.

Baptism and the Waters of Exodus (Part 5 of 8)

From Exodus to Easter – The Passover Lamb (Part 4 of 8) 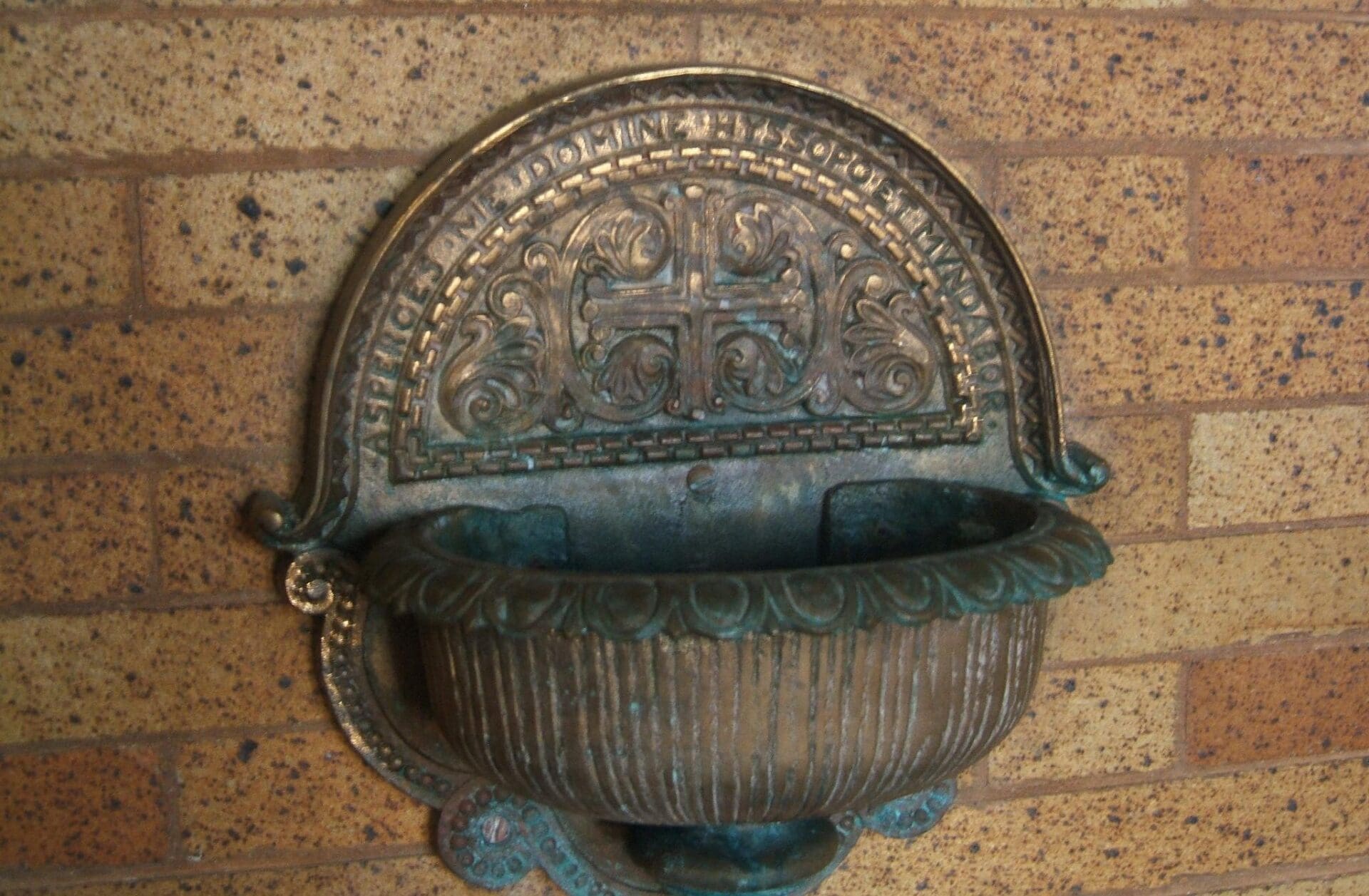 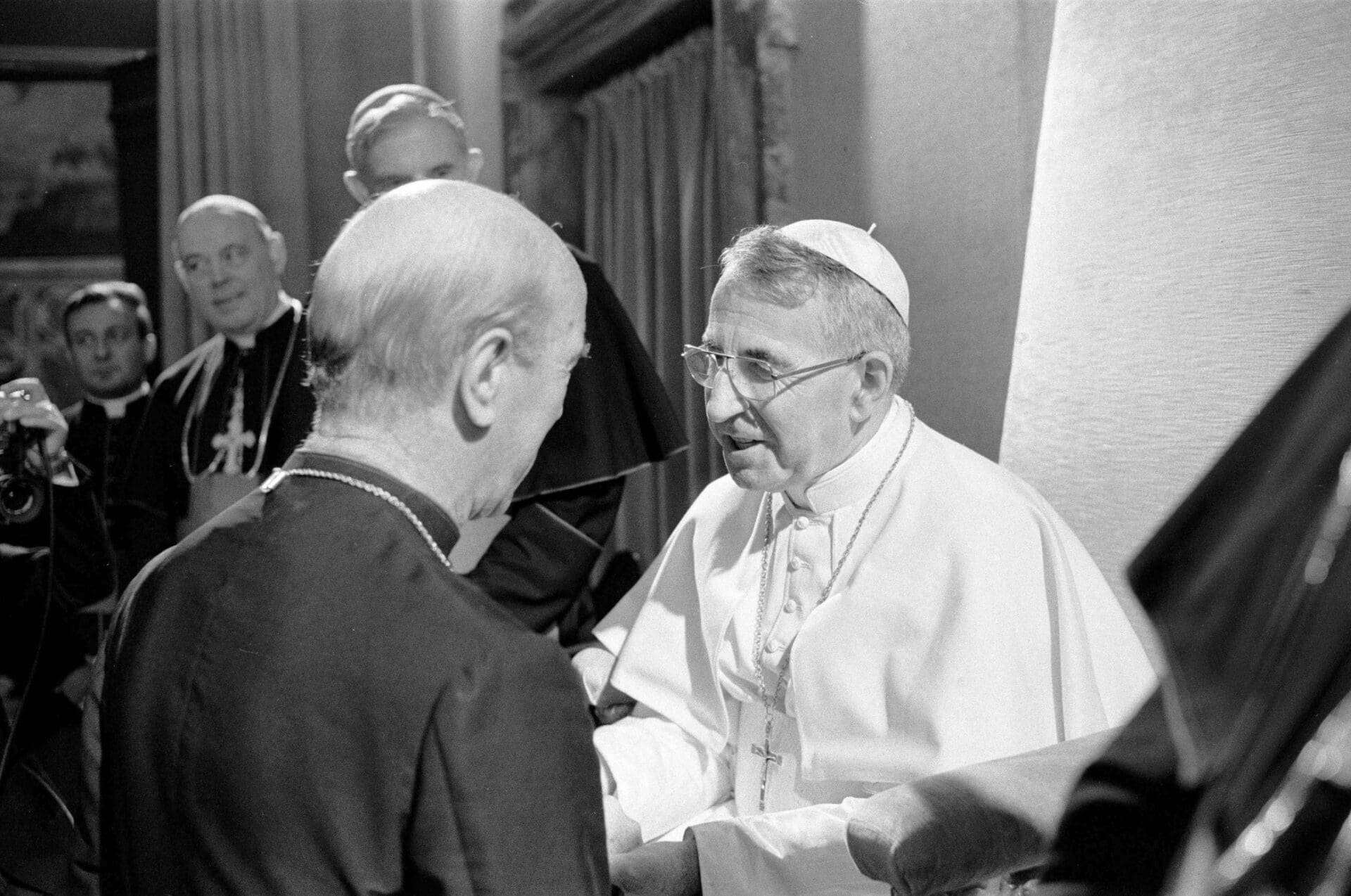