The entrance procession at Mass is described in three locations in the General Instruction on the Roman Missal (GIRM): 120–123 for Mass celebrated without a deacon; 171–174 for Mass celebrated with the ministry of one or more deacons; and 210–211 in the case where Mass is concelebrated by a number of priests. The entrance procession, like the other processions at Mass, is considered among those “gestures” and “actions” which are meant to be determined by

1. the provisions of the GIRM
2. the traditional practice of the Roman Rite
3. what serves “the common spiritual good” of those taking part (see GIRM 42, 44).

These three elements are essential to understanding the ars celebrandi of the entrance procession —namely, what is to be done according to the explicit directives of the GIRM, how it is to done according to the ritual customs drawn from the tradition, and why the liturgical action is taking place for the spiritual good of those worshipping. Indeed, all these elements need to be considered together whenever preparing for the celebration of the Eucharist. Keeping these three factors in mind whenever preparing for the liturgy helps avoid making decisions according to “private inclination or arbitrary choice” (GIRM no. 42). 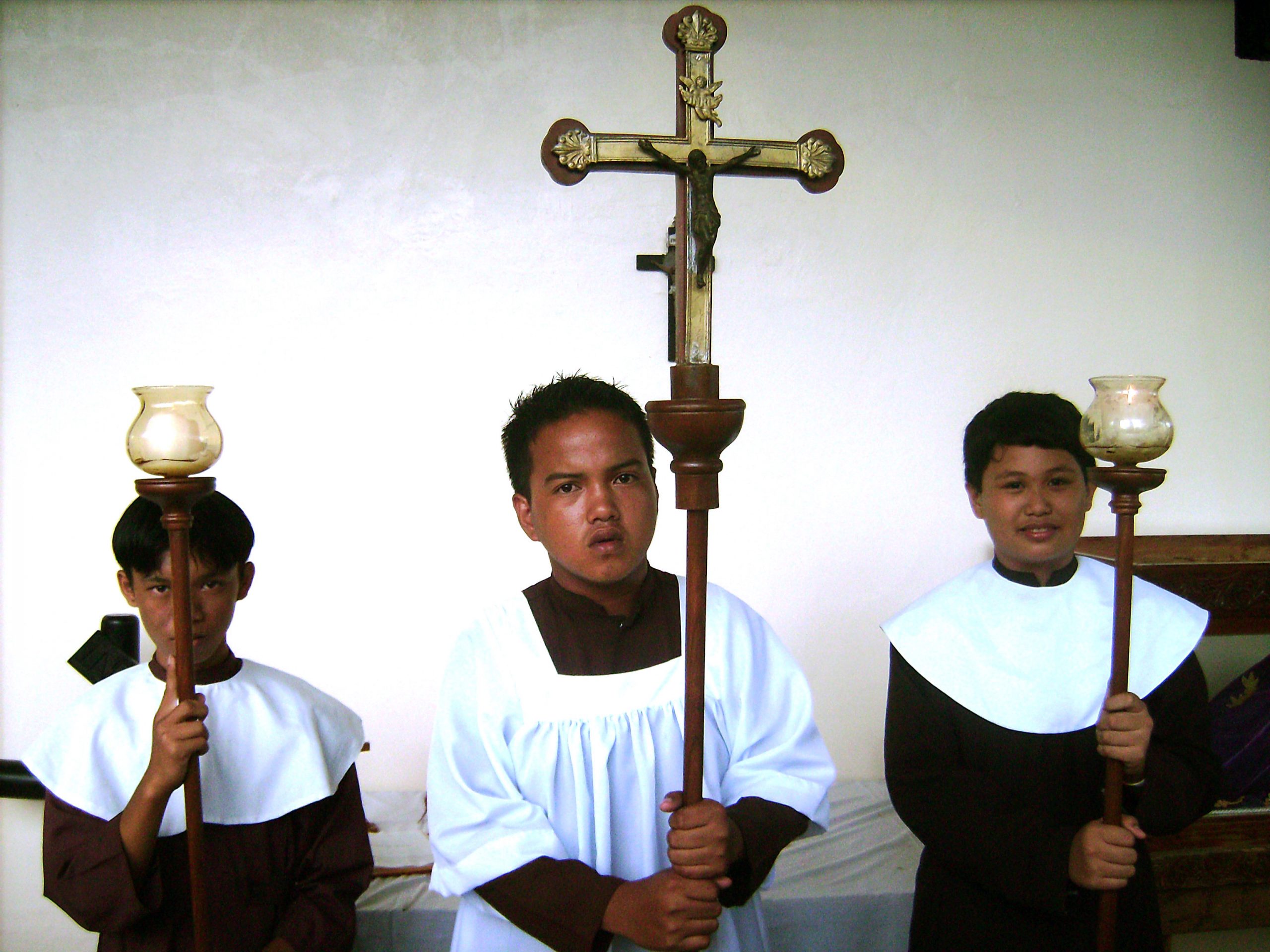 Other servers follow behind the cross and candles. They walk two by two according to their height or rank. If there is an odd number of such servers, the last one customarily walks alone, down the center of the aisle, behind the two in front of him. Instituted lectors or other readers may walk behind the servers, either side by side if there are more than one, or if there is only one, like the solo altar server mentioned above, directly behind the two lines of servers.

The priest, vested in stole and chasuble, walks alone behind the deacon, with hands folded, holding nothing in his hands. As the procession makes its way to the sanctuary, everyone walks two by two rather than in two continuous and distinct lines. This is especially the case when turning left or right to exit or enter one of the aisles of the church.

Everyone stands from the beginning of the entrance chant, or from the moment the priest leaves the sacristy, indicated by the ringing of the bell. All remain standing until after the priest prays the opening collect for Mass.

Next time, we’ll consider what happens when the procession reaches the sanctuary and Mass begins.