Vote Early and Vote Often: “The Democracy of the Dead”

In November 2018, citizens across the United States cast votes for local, state, and federal representatives. In every month and every year—at all times—denizens of the Heavenly Jerusalem voice their votes via the Church’s living tradition. They have voted early, and continue to vote often.

It’s a fitting coincidence, then, that our country’s democratic elections happen during the Church’s month of the dead. November begins with All Saint’s Day on November 1 and All Souls’ Day on November 2—occasions for the living faithful here on earth to honor and intercede for those who have gone before us. At month’s end we celebrate the Solemnity of Christ the King of the Universe, only to be followed by Advent’s warning of “people dying of fright in anticipation of what is coming upon the world” (Luke 21:26, the Gospel from the 1st Sunday of Advent in 2018). Collectively, November reminds us to hear the voices of the dead and dying.

These departed members of the Mystical Body don’t cease to exist. As the Church’s Funeral Mass puts it, for them “life is changed, not ended” (Preface I for Mass for the Dead). Since the living dead abide, it is appropriate that their vote still counts today. But how, practically, do the dead influence today’s choices?

One way the Church expresses this democracy of the departed is with the term “hermeneutic of reform and renewal.” Pope Benedict XVI, in his first Christmas address to the Roman Curia, noted two “contrary hermeneutics [that] came face to face and quarreled with each other” following the Second Vatican Council. The one, he said, “caused confusion, the other, silently but more and more visibly, bore and is bearing fruit.”

The “hermeneutic of discontinuity and rupture” interpreted the Council and its documents as departures “between the pre-conciliar Church and the post-conciliar Church.” On the other hand, a “hermeneutic of reform and renewal” took the long view and saw “continuity of the one subject-Church which the Lord has given to us. She is a subject which increases in time and develops, yet always remaining the same, the one subject of the journeying People of God.”

While the jury is still out (and the ballots yet to be counted, so to speak) on the recently-concluded Youth Synod, stumping for a “Democracy for the Dead” party was evidenced. Bishop Robert Barron, for instance, lamented a recent Pew survey indicating that, “among the major religions, Catholicism was second to last in passing on its traditions.” The Bishop went on to ask: “Why has it been the case, over the past several decades, that young people in our own Catholic secondary schools have read Shakespeare in literature class, [Virgil] in Latin class, Einstein in physics class, but, far too often, superficial texts in religion? The army of our young who claim that religion is irrational is a bitter fruit of this failure in education” (Catholic World Report, October 9, 2018). Tradition—the hermeneutic of renewal and the democracy of the dead—is an ingredient for a healthy spiritual diet, and one more appealing than lifeless, bitter fruit.

Another Synod delegate, Bridgeport, Connecticut’s Bishop Frank Caggiano, also took up democracy’s cause, speaking of his parents and their passing along the faith through beauty and tradition. Beauty “was the engagement of the heart in faith. It was the piety. It was the gentility. It was—the house itself—you knew the seasons of the Church’s year in my house. It was the ritual. It was the traditions that we had” (Catholic News Agency, October 14, 2018). Literally and etymologically, tradition “gives across” (from dare and trans), hands-over the collective wisdom of the ages.

Tradition, democracy of the dead, and the hermeneutic of reform and renewal constitute essential elements for today’s liturgical celebrations. Authentic celebrations appreciate tradition. Fruitful liturgies value history. Open-minded perception honors the Church’s liturgical life in all its historical phases, refusing to discriminate against particular centuries, places, and cultures, even while recognizing strengths and weaknesses in each. Robust rites respect the dead of the distant past, even while their participants anticipate being among the dead in the relative near future.

If, as the saying goes, “All are Welcome,” then today’s liturgies must account for our grandfather’s wisdom and our grandchildren’s needs. The liturgical long-view, November reminds us, is the only living and lasting one worthy of our vote—in campaign season and out. 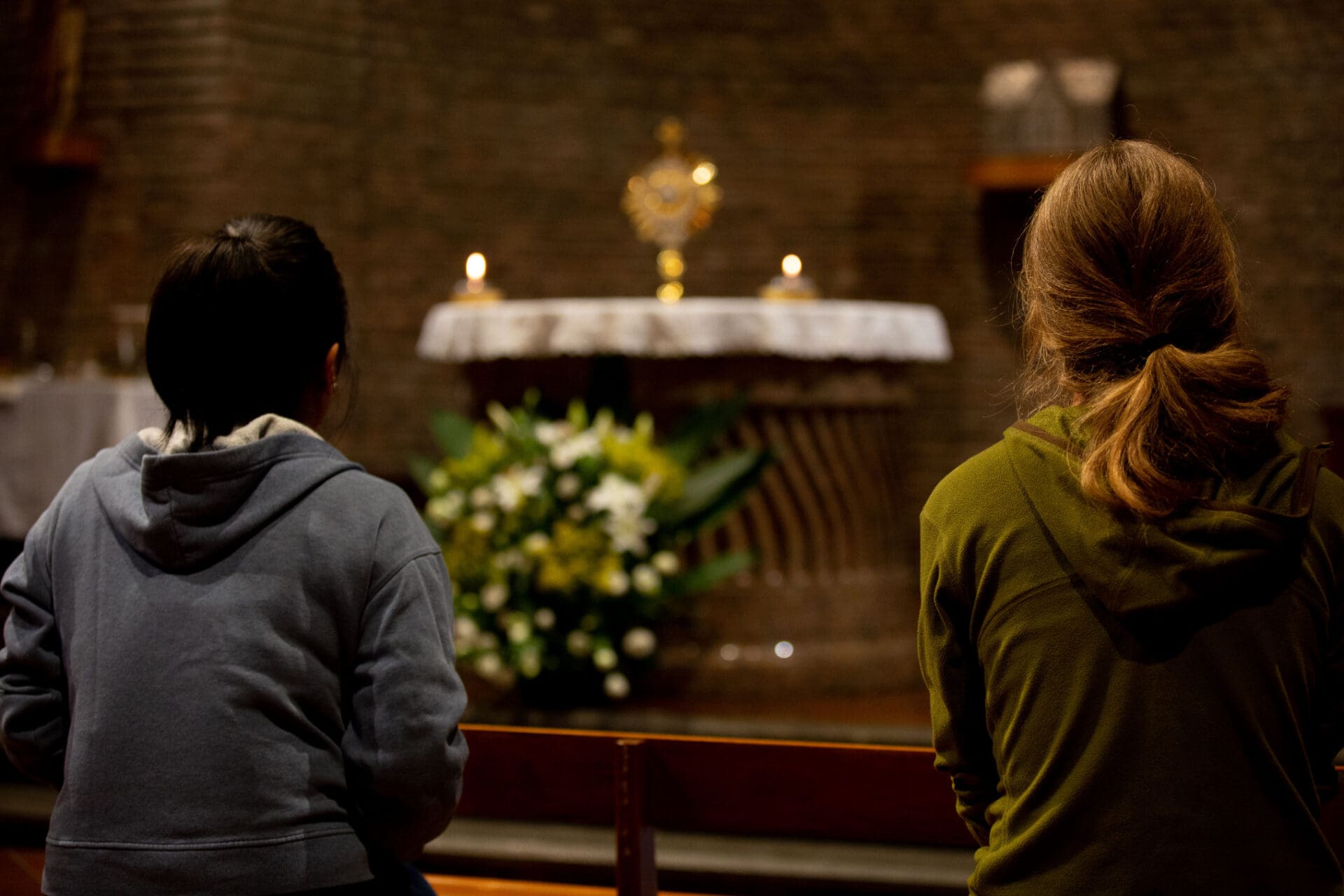