A recent drive to work one morning found me listening to sports radio. The topic was San Francisco 49ers’ quarterback Colin Kaepernick and his decision not to stand during the National Anthem. At the start of the NFL preseason, Kaepernick sat during the Anthem, saying he is “not going to stand up to show pride in a flag for a country that oppresses black people and people of color.” At the 49ers’ regular-season opener, Kaepernick knelt, which he has continued to do before each game until this time.

Following his example, other teams and players, from the professional ranks to high school levels, have seen similar postures and protests, and these stories are now commonplace in the news. Even some who sing the National Anthem prior to NBA games have knelt while singing.

On this recent sports talk show I was listening to during my morning commute, the host raised a particular question about Kaepernick’s change of posture: from at one time standing, and then to sitting, and currently to kneeling. Standing during the National Anthem signifies, among other things, respect, attention, and—as Kaepernick himself said—pride. On the contrary, sitting during this moment rejects the aforementioned sentiments—and wins for the quarterback a multitude of detractors. Would kneeling, instead of sitting, be somehow more acceptable to those angered by the sitting dissent, while still signifying his dissatisfaction with current cultural conditions?

For a Catholic, especially a liturgically-minded one, debates about posture are not new. When should we stand at the Orate, fratres (“Pray, brethren”)? Can one stand or kneel at the reception of communion? Should Father tell his congregation to sit during the lengthy reading of the Good Friday Passion narrative? Catholics—be they ordained or lay—may disagree about the answers to such questions. They may also be unsure why or how such-and-such a posture accompanies a given action. But one thing that Catholics can agree upon is that postures are important. Standing, sitting, and kneeling are bearers of meaning, bodily expressions of internal sentiments.

What I find noteworthy in the Kaepernick controversy—in addition to the current cultural questions it raises—is how these postures are used and understood by a secular world.

Colin Kaepernick, sports radio host Dan Patrick, football analyst Tony Dungy, and the many others who find significance in the various postures possible during the Anthem are not, presumably, liturgical theologians. But one doesn’t need to be Catholic to understand the centrality of such things. “In human life,” the Catechism reminds us, “signs and symbols occupy an important place. As a being at once body and spirit, man expresses and perceives spiritual realities through physical signs and symbols. As a social being, man needs signs and symbols to communicate with others, through language, gestures, and actions. The same holds true for his relationship with God” (1146).

What Catholics have reinforced “in their bones” from the liturgy are first present by virtue of their humanity. Standing may mean readiness and respect on the human plane. Sitting can signify passivity and recollection on the natural level. Kneeling conveys humility and pleading in the cultural lexicon. The liturgy presumes the human condition and then heals, elevates, and perfects it.

The roots, then, of liturgical posture are, in part, found in our own humanity. And to stand, sit, or kneel at given times is to do not simply something supernatural, but also to do that which is entirely human. (The same may be said of liturgical direction: as the men and women in the stadium together face the flag, or the protesters in the demonstration march together to the same destination, the participants of the liturgy may orient themselves as a unified body.)

But the Christian liturgy is not simply human: it is also entirely divine. To these natural, human postures are added other revealed meanings. Here, standing doesn’t simply mean readiness, but imitates the victorious and resurrected Christ, who St. Stephen sees “standing at the right hand of God” (Acts 7:55). Sitting is not just relaxation, but at the service of hearing the Word of God and taking it to heart. Kneeling, too, receives a great deal of meaning from both Old and New Testaments: a sign of the Fall, of humility, of worship, of supplication, of adoration.

The liturgy rightly understood and celebrated is a true school not only of Christian formation but of human formation. Jesus came not just to reveal God to man, but man to himself (Gaudium et Spes 22). And since Jesus is abundantly present to us in the liturgical celebration, we can be formed by him, becoming proud citizens not only of the earthly city, but more especially of the heavenly one to come. 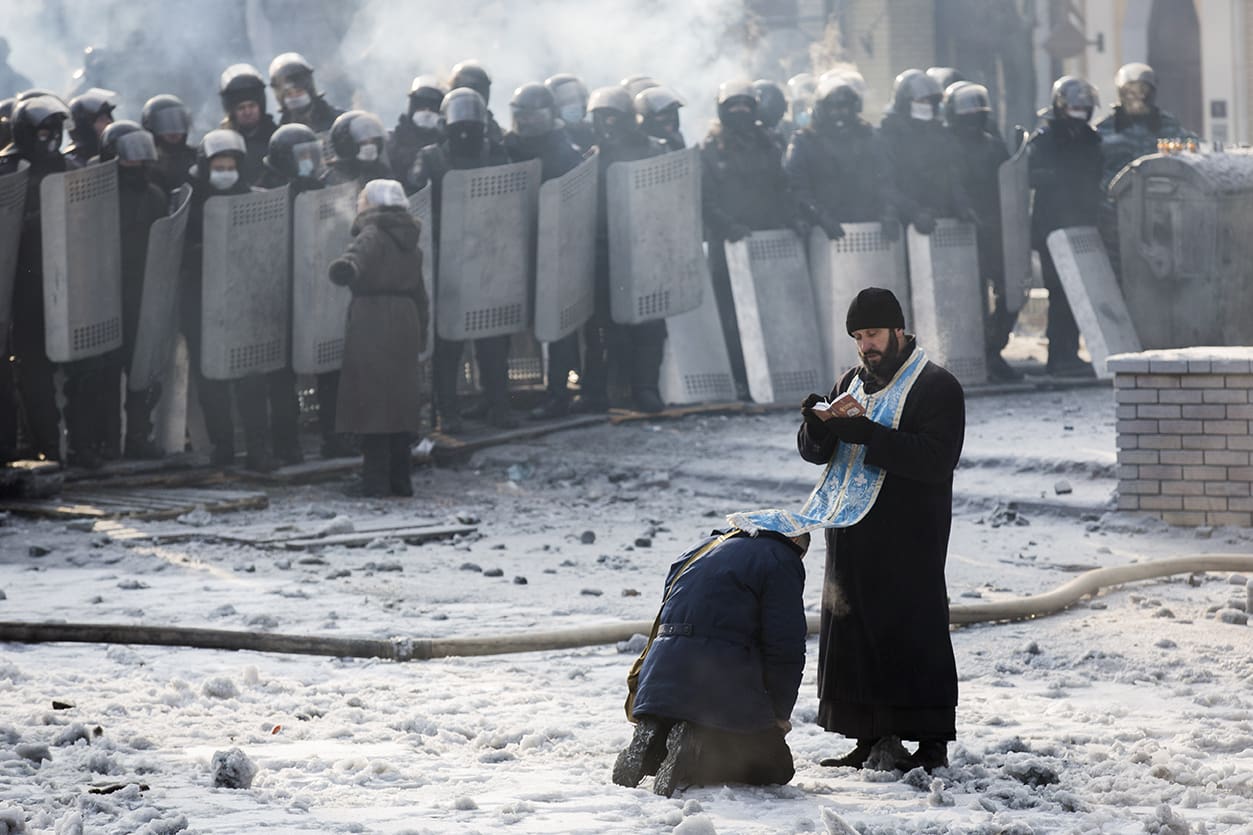