Pope Benedict to Clergy: The New Evangelization Begins in the Confessional

“The new evangelization … begins in the confessional”, Pope Benedict XVI said in his address to a group of more than a thousand priests and deacons preparing to become priests, who were attending a conference on confession and matters of conscience organized by the Apostolic Penitentiary. The clergy gathered in the Paul VI hall for a special audience with the pope on March 9, 2012.

“The Sacraments and the proclamation of the Word, in fact, must never be conceived as separate”, Pope Benedict said. “The celebration of the Sacrament of Reconciliation is itself a proclamation and thus a path that must be traveled in the work of the new evangelization.”

First of all because the New Evangelization draws its lifeblood from the holiness of the children of the Church, from the daily journey of personal and community conversion in order to be ever more closely conformed to Christ. Then there is a close connection between holiness and the Sacrament of Reconciliation, witnessed by all the saints of history. The real conversion of our hearts, which means opening ourselves to God’s transforming and renewing action, is the “driving force” of every reform and is expressed in a real evangelizing effort. In confession, through the freely bestowed action of divine Mercy, repentant sinners are justified, pardoned and sanctified and abandon their former selves to be reclothed in the new.

We are now “in an age of educational emergency” the pope continued — a situation “in which relativism is calling into question the very possibility of an education understood as a gradual introduction to the knowledge of truth, to the profound sense of reality”. Because of this cultural “emergency” there is a particular need for Christians to provide an “introduction to the relationship with the Truth that is God” to others.

Consciousness of one’s own sinful condition helps one to realize the need for “openness of heart” to God. “The certainty that He is close and in His mercy awaits the human being, even one who is involved in sin, in order to heal his weakness with the grace of the Sacrament of Reconciliation, is always a ray of hope for the world”, Pope Benedict said.

Thus, Pope Benedict told the priests and deacons, the people who come to confession do so precisely as sinners who realize their need to change and their need for God’s mercy. And the priests who hear people’s confessions and administer the Sacrament will be involved in as “many ‘new beginnings’ as there are penitents”.

For this reason, he said, “the New Evangelization … begins in the confessional! That is, it begins in the mysterious encounter between the endless question of human beings, a sign within them of the Creator Mystery and God’s Mercy, the only adequate response to the human need for infinity.

“If the celebration of the Sacrament of Reconciliation is this, if the faithful have a real experience of that Mercy which Jesus of Nazareth, Lord and Christ has given to us, they themselves will become credible witnesses of that holiness which is the aim of the New Evangelization.”

The minister of the Sacrament truly collaborates in the new evangelization, Pope Benedict told the group, “by renewing himself, his own awareness that he is a sinner and is in need of receiving sacramental pardon. In this way may be renewed the encounter with Christ, which was begun in Baptism and has found its specific and definitive form in the sacrament of Orders”.

“This is my hope for each one of you: may the newness of Christ always be the center and reason for your priestly existence, so that those who meet you through your ministry may exclaim as did Andrew and John ‘we have found the Messiah’ (John 1:41). In this way, every Confession, from which each Christian will emerge renewed, will be a step ahead in the New Evangelization. May Mary, Mother of Mercy, Refuge for us sinners and Star of the New Evangelization, accompany us on our way. I thank you warmly and I willingly impart my Apostolic Blessing to you.”

Hope for the Liturgy: What to Expect from Today’s Newly-Ordained Priest

The Death and Resurrection of Sacramental Signs 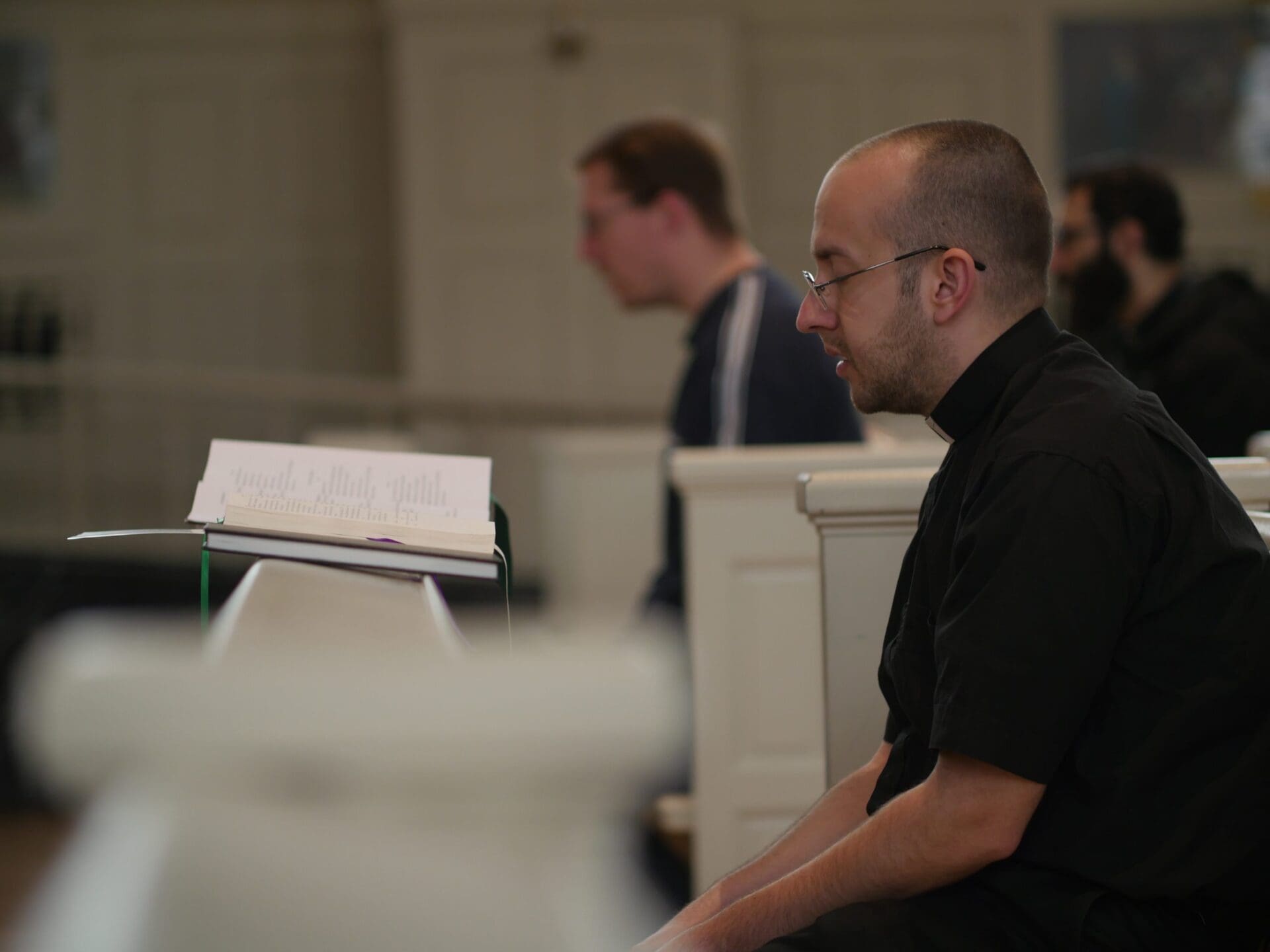 Hope for the Liturgy: What to Expect from Today’s Newly-Ordained Priest The Death and Resurrection of Sacramental Signs