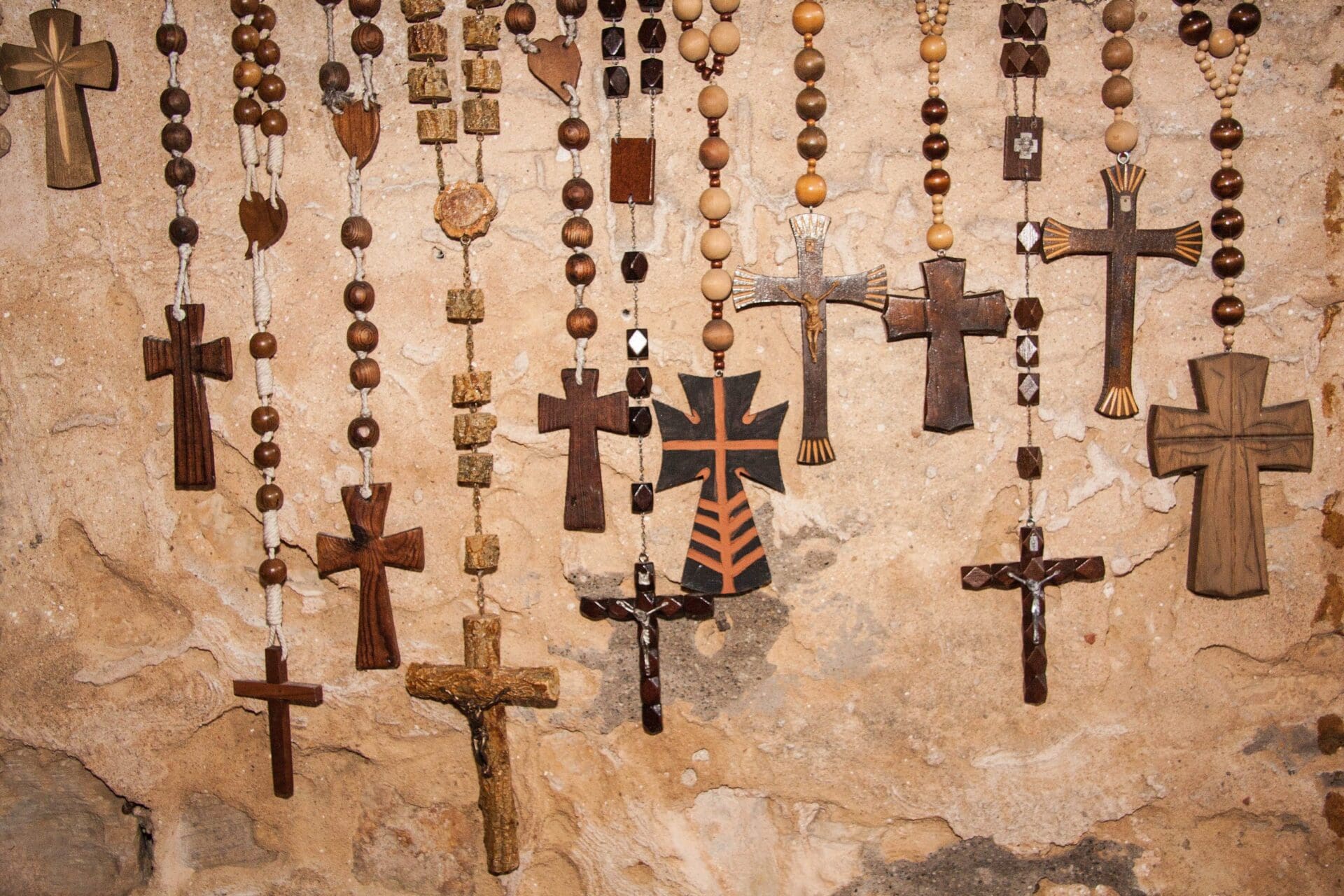 The Rosary of Our Lady

Father Romano Guardini (1885-1968) was a pre-eminent German theologian who taught for over 40 years. He has written many books on various dimensions of Catholic life and spirituality, including The Spirit of the Liturgy, and The Art of Praying. His theology has been called a precursor to that of Vatican II. He has influenced many other more contemporary Catholic thinkers, including the late theologian Cardinal Hans Urs von Balthasar.

Following is the author’s preface to The Rosary of Our Lady, part I, “The Form and Meaning of the Rosary” originally published in German in 1955.

Oppressive events move through our time and lay a heavy hand on the lives of all of us. Questions regarding our own fate and above all, the destiny of humanity, engage our minds and our souls. In religious life the effect is noted in many different ways.

One person may discard prayer entirely because he is surfeited or shaken. He must see that he regains his inner balance; he must try to hear and recognize again the quiet voices next to the loud, to acknowledge that God always remains God, regardless of how powerful earthly influences may be.

With another it is the opposite, and the vicissitudes of life remind him of the Eternal. He feels that things cannot be carried out in a purely worldly way, but must be laid before God, and this is all the more necessary the more decisive they are. So he longs for a place of quiet in which he can meditate and gather strength, to return later to his tasks with fresh assurance. He needs a prayer that gives him a lingering chance to pause, to collect and strengthen himself. Such a prayer is the Rosary. It has done many a good service. It is this of which we shall speak.

The Rosary is a very old devotion which has exercised an immeasurable influence. It is, above all, dear to pious people and belongs to their lives like the work they do and the bread they eat. But when man confronts the restlessness of his intellect and is caught in the whirl of modern life, he loses all relation to the Rosary. Then it has in the beginning no message for him, and it would be foolhardy if someone tried to convince him.

The Rosary is also the subject of misunderstandings and abuses. The Sermon on the Mount says, “But in praying, do not multiply words, as the Gentiles do; for they think that by saying a great deal, they will be heard. So do not be like them; for your Father knows what you need before you ask Him” (Matthew 6:7,8).

The Gospels are the source and summation of all Christian teaching about prayer; one might think that if there is a contradiction to what the Gospel says about multiplying words, it is the Rosary, for it is the very essence of repetition. Also, it is often prayed so hurriedly and externally that one is reminded of the words of the prophet Isaiah: “This people draw near me with their mouth, and with their lips glorify me, but their heart is far from me” (Isaiah 29:13).

And we must add to this the exaggerations of some of those who recommend the Rosary. At times one has the impression that some who praise it lose all sense of measure when they begin speaking of it.

And then one needs only to hear that there are many similar forms of prayer outside of Christendom — for example, in Buddhism — for one’s aversion, or at least for one’s suspicion, to be aroused.

Certainly all of this must not be treated lightly; but it does not say anything about the substance and value of the Rosary. To start with the latter: prayer is an ancient human act, and contains laws which remain substantial and ever recurring. If in such a serious religion as Buddhism, six hundred years before Christ, we discover a form of prayer resembling the Rosary in certain aspects, it should speak for the latter rather than against it.

The exaggerations of uninspired eulogists are bad, but they must not darken the view of the thing itself, and even less should one react to them with an equally uninspired rejection. As far as the abuses are concerned, they surely should not be defended. But did an abuse ever mean an actual protest against that which suffered it? Where do we find anything good and noble that is protected against abuses? I fear that whatever is not exposed to abuses has not much value. Man has always mistreated what was important to him, for his love does not have a tender hand.

Should it not make us think deeply, on the other hand, when we remember that the Rosary has been used in Christendom for almost six centuries? Innumerable people have prayed it and loved it. Have they all been chatterboxes and un-Christian? And would one consider such a judgment Christian (that is, dictated by justice and reverence toward the religious convictions of our neighbor who also believes in Christ)? If one knows people whose Christian convictions cannot be questioned, and sees how firmly the Rosary has become a part of their lives, one will be very cautious with his judgment.

So in every way, if we meditate on the meaning of the Rosary, we are doing something sensible. He who knows and loves it will gain a deeper understanding; another who saw it in a false light will recognize its true stature; the third will at least have the feeling that he is dealing with something serious, and that to judge it carelessly would be an injustice against both truth and humanity.

The Rosary of Our Lady was reprinted by Sophia Institute Press in 1994 and 1998 by arrangement with Scribner. Publishing rights held by Scribner, an imprint of Simon and Schuster. The above excerpt is reprinted with permission.